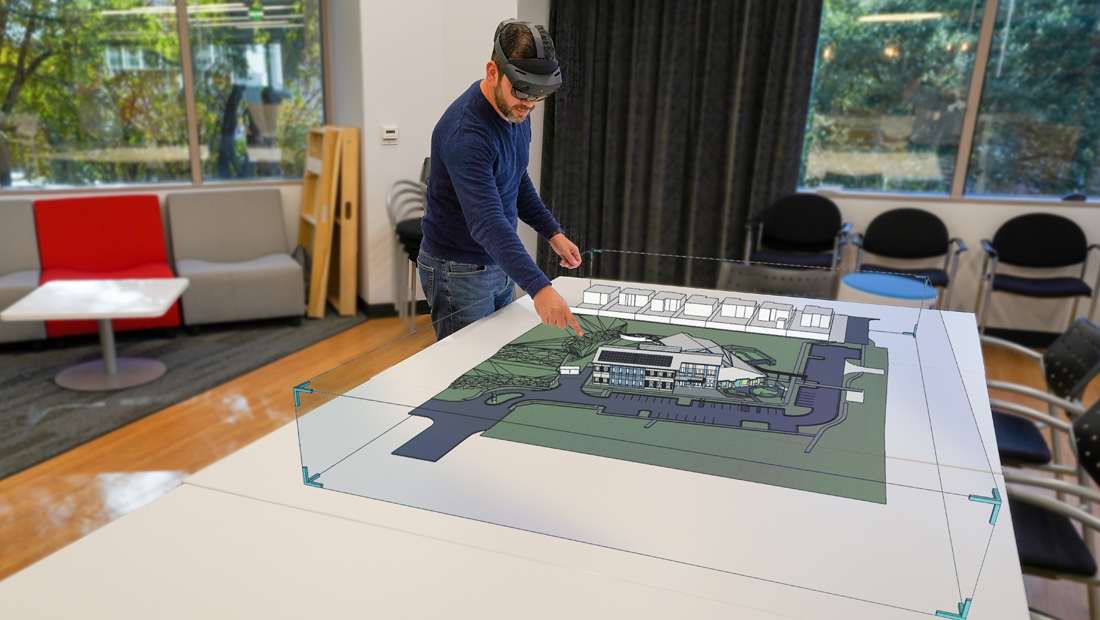 As architects, we are constantly trying to express our vision of a design to our clients using drawings, colored perspectives, sketches, and scaled models. But despite our best efforts, there has always been a missing link between the design and how it will truly look and feel in the built environment: Scale. No matter how many times you view the plans and details, or how well you know the locations and adjacencies of spaces, it is difficult to feel the true sense of scale and volume within a space until it is actually built. And as we well know, by then it is often too late and/or far too expensive to make revisions to the design. Until now.

Marmon Mok is proud to announce our most recent addition to the technology arsenal. The Microsoft HoloLens 2, a new virtual reality tool that combines Mixed Reality/Augmented Reality (AR for short) into a headset. The great thing about AR is the ability to see an architectural hologram mixed with the environment. The lens adds a layer of digital 3d models to its real surroundings. Allowing the viewer to stay connected to its surroundings while seeing the virtual model.

Virtual Reality has made it difficult for some people to disconnect with their surroundings by putting on a dark headset. With this technology, you are still able to see your surroundings with a 3d scaled model. We are excited to offer this technology, and to provide our clients with a real feel of space, design and materials before their structure has even broken ground. Our clients can experience depth and scale of spaces during design, allowing them to provide feedback at this critical phase of their project. With GPS, we can visualize georeferenced models in the construction site.

A History of Virtual Reality Tools

The idea of “virtual reality” can be traced back to the 1930s, when it was first mentioned in Stanley G. Weinbaum’s science fiction story, Pygmalion’s Spectacles. The 50’s and 60’s brought us the Sensorama and Head mounted display by Ivan Sutherland. In the 80’s, Sega brought us the Master System 3D glasses. And in the 90’s, Nintendo tried their hand at VR, with its 3D red and black based headset, the Virtual Boy.

In 1968 Ivan Sutherland, a Harvard professor and computer scientist, created the first head-mounted display called ‘The Sword of Damocles’. The user experienced computer-generated graphics that enhanced their sensory perception of the world. In 1990, Tom Caudell, a Boeing researcher, coined the term ‘augmented reality’.

1992: Louis Rosenburg, a researcher in the USAF Armstrong’s Research Lab, created ‘Virtual Fixtures’, which was one of the first fully functional augmented reality systems. The system allowed military personnel to virtually control and guide machinery to perform tasks like training their US Air Force pilots on safer flying practices. 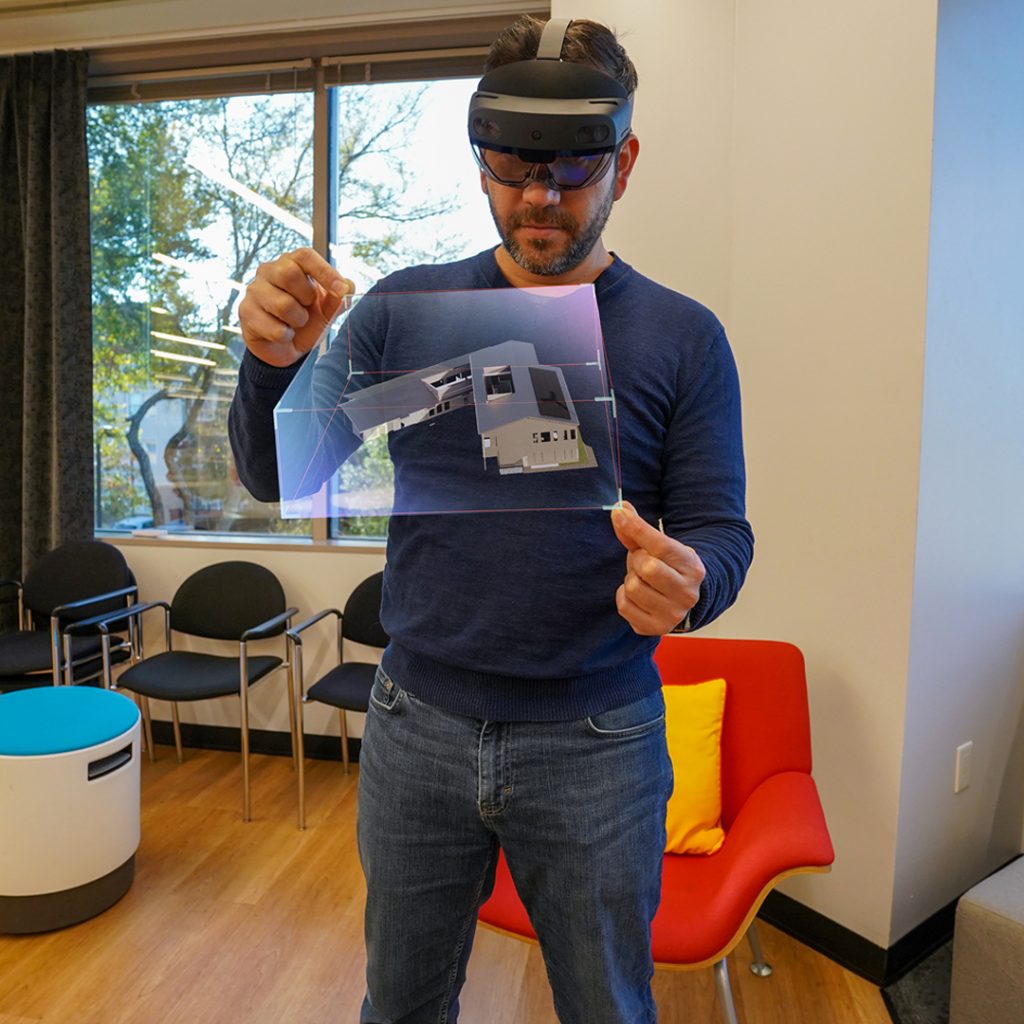 We are always looking for the latest technology to aid us in the design process and communicate better with our clients. Several years ago, we introduced Virtual Reality to our office, this year we brought Augmented Reality. We are also currently testing out Real-Time rendering which is being used in video games and Hollywood films. Architectural design and virtual reality tools are always evolving. This is something Marmon Mok will continue to adapt and implement in our design process.