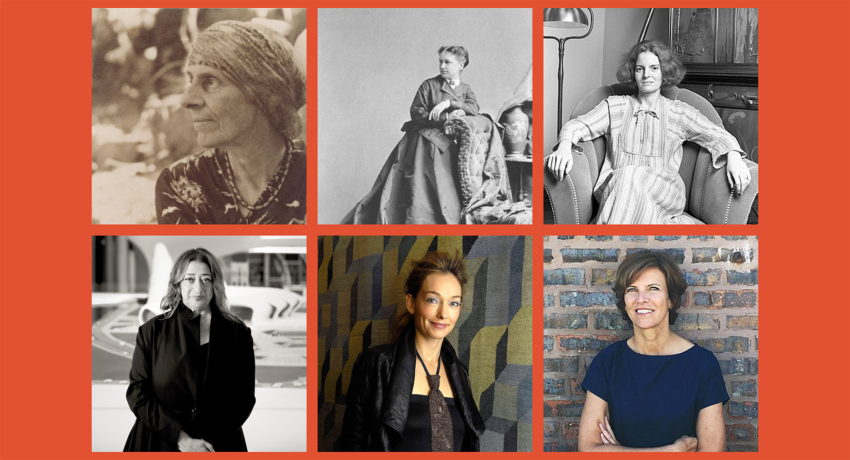 While the architecture and design profession has been around for centuries, women have only been a part of the picture for nearly 100 years. For years their contributions and impact on the design community have not fully been brought to light or truly understood. Though many influential women in design have contributed to my life as an interior designer, I have highlighted a few of my favorite pioneers that have paved their own way within the design community, one way or another.

One of the influential women in design who began pioneering the architectural field before even having the right to vote was Marion Mahony Griffin (1871-1961). She was one of the world’s earliest licensed female architects and one of the first employees of the prolific Frank Lloyd Wright. She studied at MIT, graduating in 1894 as the second woman to graduate from the school of architecture. A year later, Mahony Griffin was hired by Wright as a draftsman, and her influence over the development of his Prairie-style architecture was significant. While working with Wright, Mahony designed leaded glass, furnishings, light fixtures, murals, and mosaics for many of his residential projects.

She was essential to his practice, his illustrations, and how he presented them, which became one of his defining characteristics. The Wasmuth Portfolio is perhaps the one project she is best known for during her time at the Wright studio, which was not associated with her name until after its publication in 1910. According to historian Vincent Scully, this portfolio is considered one of the three most influential architectural treatises of the twentieth century. Her career spanned sixty years and had a tremendous impact on the development of New American architecture at the turn of the century and continues to move architects and designers who look to the Prairie School for an inspiring synthesis of material, location, and nature. 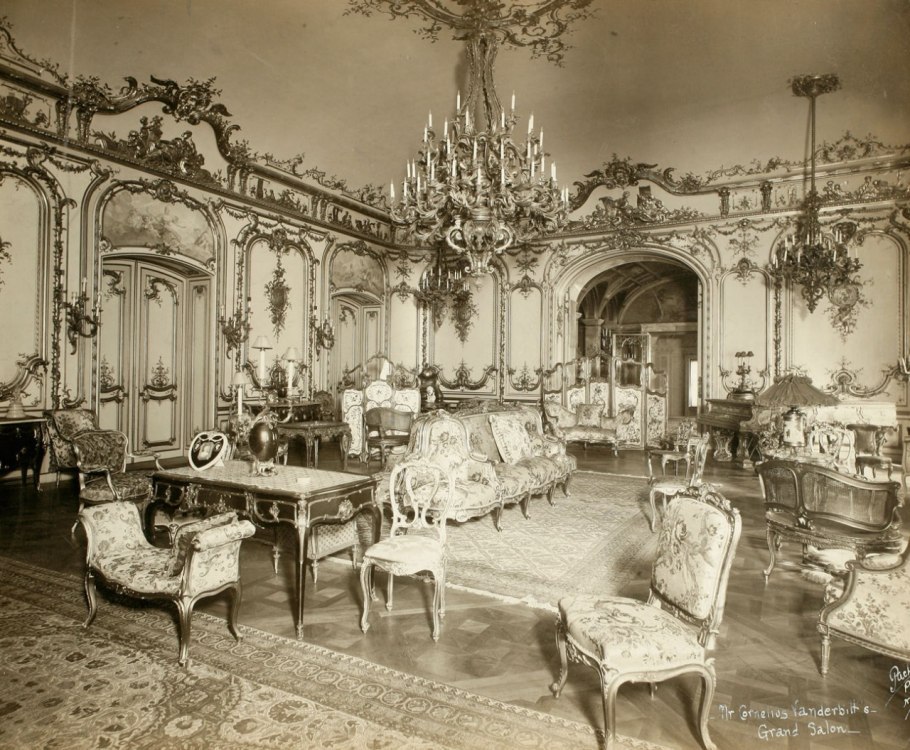 Candace Wheeler (1827-1923) is often considered the “mother” of interior design. During an era that did not always appreciate strong women, Wheeler ambitiously promoted art and design as paying careers for women rather than hobbies. One of the first American women to design for American manufacturers, she paved the way for thousands of female designers who followed, some of whom she trained at her firm, Associated Artists. In 1879 Candace Wheeler and Louis Comfort Tiffany co-founded the interior-decorating firm of Tiffany & Wheeler. The firm decorated several significant late 19th-century houses and public buildings, including the Veterans’ Room of the Seventh Regiment Armory, the Madison Square Theatre, the Union League Club, the George Kemp house, and the drawing-room of the Cornelius Vanderbilt II house.

They also designed the interior of Mark Twain’s house. Then in 1893, Wheeler, unstoppable as ever, was asked to serve as the interior decorator for the Woman’s Building at the Chicago World’s Fair. Here she organized the State of New York’s applied arts exhibition. However, her most significant accomplishment was that, as both an early “career woman” and a designer, she became a role model for women at the dawn of the twentieth century, inspiring them to demand a place in the workforce as equals to men. 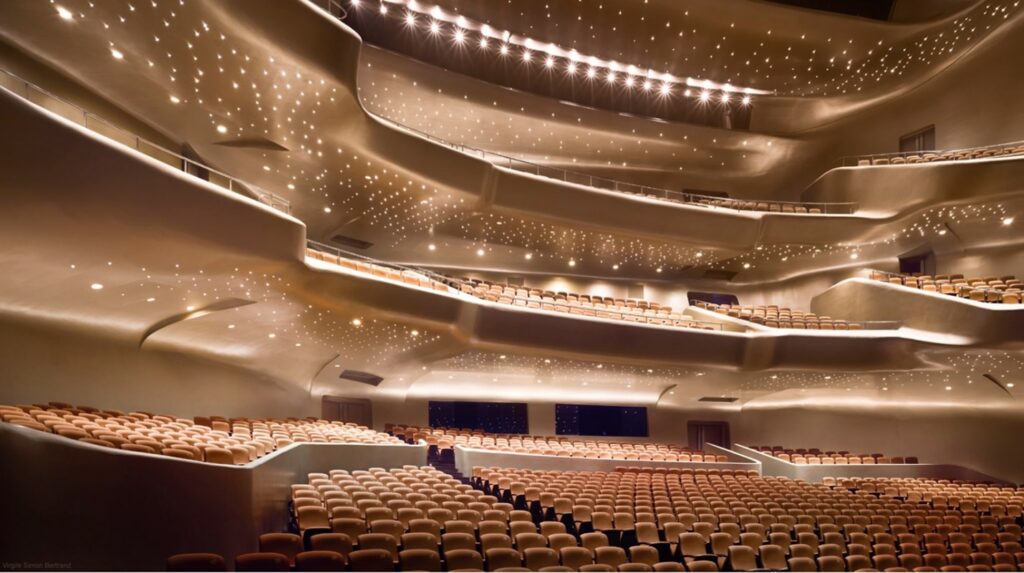 Another woman that has undeniably paved the way for the female role within the design community is Zaha Hadid (1950-2016). The Iraqi-born British architect is considered one of the most successful female architects in history and became famous for her intensely futuristic architecture characterized by curving facades, sharp angles, and severe materials such as concrete and steel. She took some of the strongest materials in the world and manipulated them to form objects that appeared soft and sturdy at the same time.

In 2004 she was the first woman to win the Pritzker Prize, which honors living architects who have demonstrated commitment, talent, and vision in their work. In 2010 and 2011 she received the Stirling Prize, a British decoration for excellence in architecture, and in 2008, she was ranked on the Forbes list of “The World’s 100 Most Powerful Women”. Among a few of the structures that made Zaha Hadid Architects a household name was the Riverside Museum in Glasgow, the London Aquatics Centre for the 2012 Olympics, the Guangzhou Opera House, and the Generali Tower in Milan.

Denise Scott Brown is also considered a highly influential female architect that helped shape 20th-century architecture. Referring to herself as the grandmother of architecture, some of her highly acclaimed designs are of buildings such as the Sainsbury Wing of London’s National Gallery, the Provincial Capitol Building of Toulouse, and the Seattle Art Museum.

She broke a glass ceiling during a time when it was almost impossible to do so and wrote about her frustrations in a 1989 essay titled, Room at the Top? Sexism and the Star System in Architecture. Her husband, Robert Venturi received the Pritzker Architecture Prize in 1991 and this was raised as a concern within the architectural community as most people felt that Denise was the right person to have received the award. 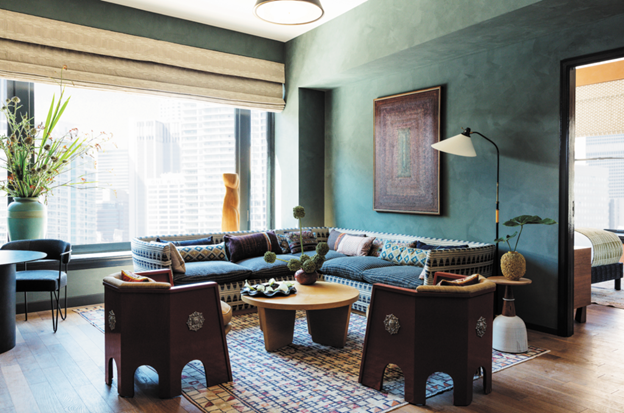 Kelly Wearstler is an American designer known for creating experiential environments for end-users with her maximalist style heavily influencing how we think about contemporary American interiors. Wearstler is known for her storytelling within the built environment and her unique exploration of curiosity and experimentation. Some of her most notable work includes the Bergdorf Goodman restaurant, Avalon Hotel in Beverly Hills, Four Seasons Anguilla, and multiple hotels and residential properties under the Proper Hospitality umbrella. Wearstler has won numerous awards including, the AD 100 Hall of Fame, and Time Magazine the Design 100, among others for her constant innovation and authentic design philosophy. 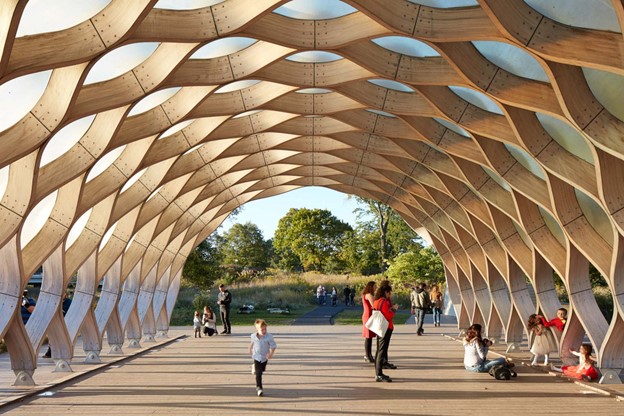 Jeanne Gang is the founder and leader of Studio Gang, an architecture and urban design firm in Chicago. Her style of architecture goes beyond building structure and cities and instead embodies the building of relationships between human beings and the built world. She considers her architecture a catalyst for change. A couple of her most notable projects include the residential Aqua Tower, known for its topography-inspired façade, and the Nature Boardwalk at Lincoln Park Zoo; a popular outdoor destination that features a semi-open pavilion inspired by a tortoiseshell. In 2018, Gang penned a powerful essay addressing gender inequality and closing the gender pay gap in architecture.