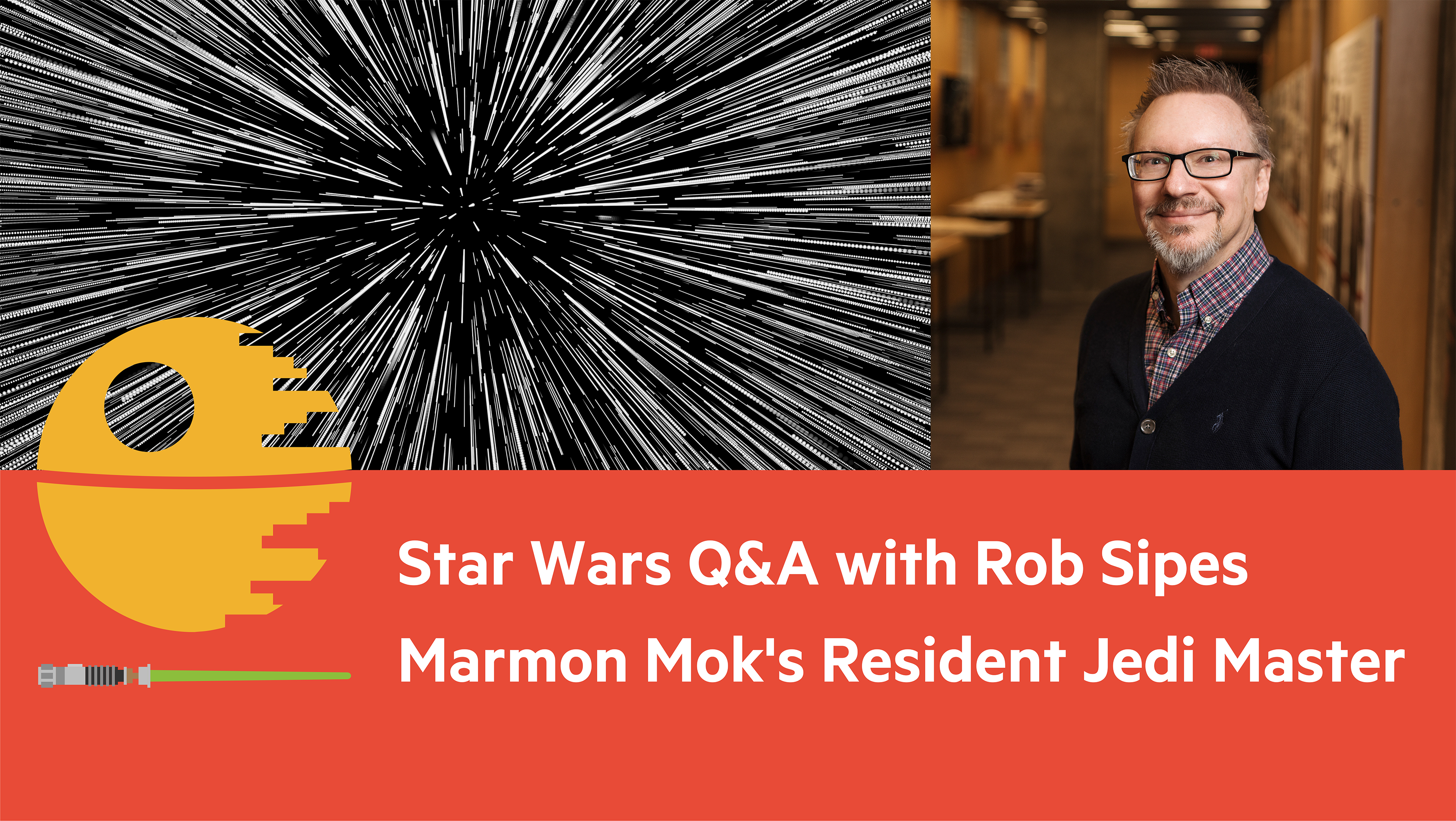 Rob Sipes has more than 30 years of experience on a variety of municipal projects, higher education and K-12 projects, including recreation projects and natatoriums. His broad base in public architecture, along with his understanding of the various architectural disciplines, the design process, construction documents, and related codes, requirements and guidelines, provides an excellent foundation for his role in specification writing. One might consider Rob a master of architecture, but his vast knowledge of the Star Wars galaxy is also something to marvel at. In honor of “May the 4th be with you,” we recently sat down with Rob to try and scratch the surface of that knowledge.

Can you describe your first experience with Star Wars that got you instantly hooked?

Watching the Star Wars Holiday Special on TV… wait, that’s a lie. It was probably playing with a childhood friend in the early part of the summer of ’77 – he had these sticks and said, “let’s play Star Wars!” At the time, I didn’t know what he was talking about, but as he kept talking about this movie with wizards and swords and lasers and robots, I realized that I needed to convince my parents to take me to this film. Soon enough, my parents loaded my brothers and me into the car, and we met my cousins at the Century South theater (now called Mayan Palace). From the very first sight of a huge triangular-shaped ship with these robots inside (yes, I thought the stormtroopers were robots), I became an instant fan. And then there was the time it was playing at the Valley Hi Drive-In, and I made my dad pull over so I could narrate the movie. 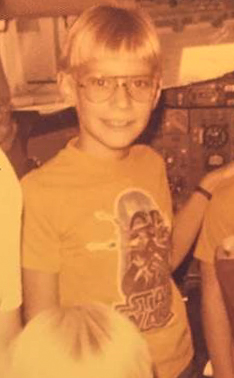 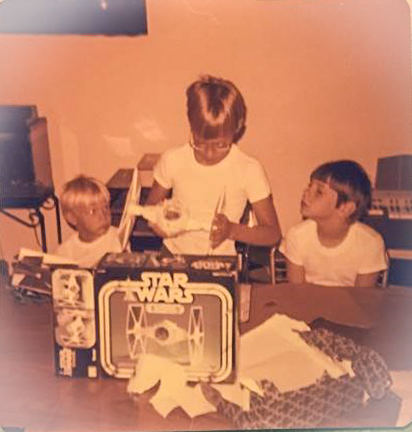 Do you believe that Star Wars had any influence on your career path as an architect and specification writer?

One of the biggest influences on my career path was seeing how temporary or even disposable, buildings seemed to become. Going to UTSA, I watched as bluebonnet fields and old stone farmhouses that were demolished for an expanded 1604. I saw buildings that were built just 25 years prior become outdated because there was no thought about their future usage or expansion. It’s possibly ironic that a movie with temporary sets of painted plywood would convey the idea that buildings should be designed to not just last, but to last well. The materials chosen shouldn’t just fade or degrade after a few years, even if they are hidden behind walls or on the roof. Future expansion, renovation, or repair should be able to be accomplished without complete demolition. Fortunately, our firm has consistently looked not just at style, but the substance of what gives a building its value both today and tomorrow.

Why is architecture so important in the Star Wars Galaxy?

The brilliance of the Star Wars Galaxy is its lived-in “used universe” style. Objects and buildings age and can change function over time – the temple on the moon of Yavin has some time in the past, become a hanger base, Mos Eisley has had buildings built (and demolished) over many years. And yet, each structure is informed by the place and environment in which it’s constructed. The construction materials appear to be locally available, and the building form is respectful of the natural climate. We see graffiti, we see modded vehicles of various vintages, and we see cracks in the wall. These traits are also a part of the “real world,” which helps us to subconsciously flesh out, and identify with the characters. Even the shiny Coruscant has a gritty underworld reinforcing the theme of a clueless (Jedi Council) or corrupt (Chancellor Palpatine) ruling class.

And then, of course, you have the Empire, which only builds the same non-OSHA-friendly walkways everywhere as a subtle reference to their lack of care for employee safety. It’s this world-building that spawns the imagination of the viewer and leads to the creation of an Expanded Universe. 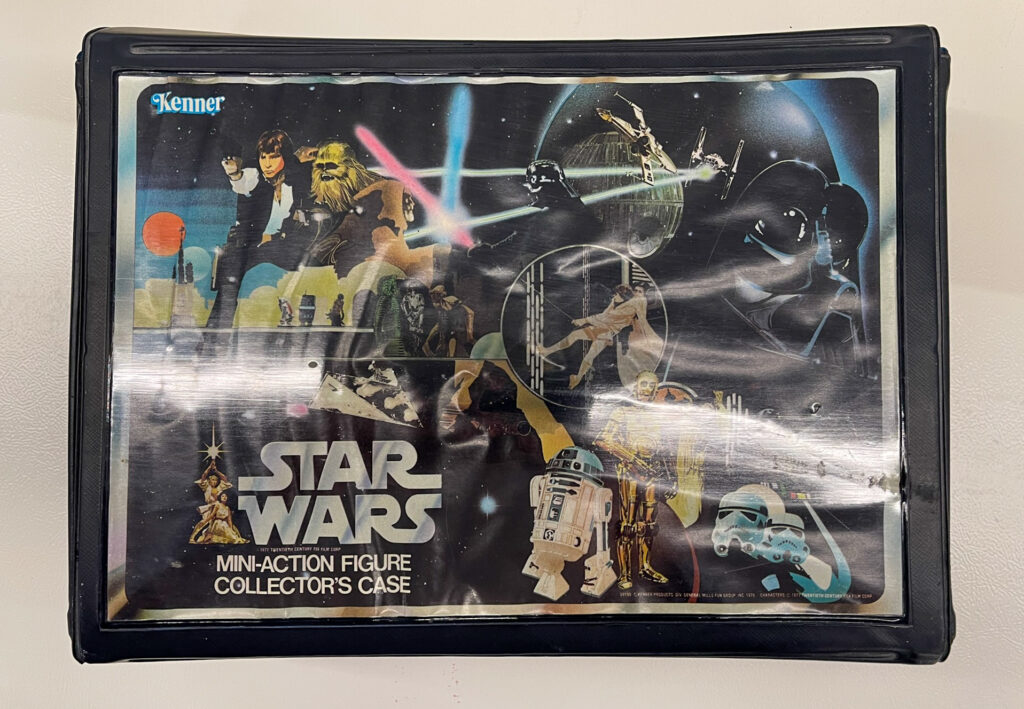 What are your top 3 structures in Star Wars, and Why?

The Lars homestead (Luke’s home): the idea of a sunken open-air courtyard, of a home built into the ground, of a structure that was old but with advanced technology just intrigued me back then and now.

Cloud City: This was the embodiment of “the future” for me – the natural light, the smooth surfaces in light colors, the clouds. In my opinion, the Special Editions improved the design!

Jawa Sandcrawler: is a movable structure whose scale, form, and rusted color can arguably be said to influence architecture to this day.

Seen alone on the desert, it not only looks like a building, but it looks important.

Honorable Mention: The “Halo Planet” from The Book of Mando… err Boba Fett. 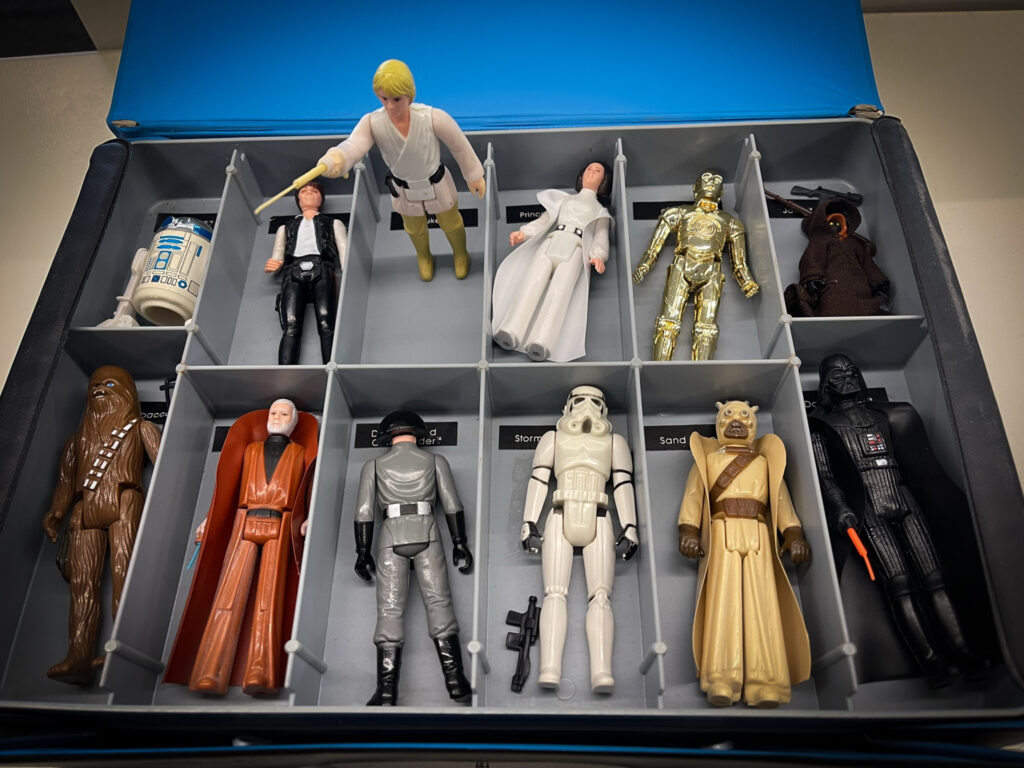 How do you feel about how this new direction of the franchise has played out, and from a design perspective, how have the details from recent movies and the Disney+ series impacted the way fans, older and newer, are consuming these story arcs?

Umm yeah – this question could be a whole article itself, but I am glad Disney is making new Star Wars content even though some of it has been uneven. Force Awakens and Rogue One are great fun. Last Jedi is the most beautiful SW movie. The last 4-episodes of The Clone Wars are probably some of the most emotional Star Wars anything. The Mandalorian? Perfect idea and execution. I think that just as the Prequels became loved by kids in the early 2000s, the Sequels will be loved just as much by kids of today, and I’m glad that they were made and that Rey has a yellow lightsaber. I think the architecture of the Sequels is somewhat better than the Prequels (blasphemy, I know) because it is closer to the Original Trilogy design language. The Sequels and the new D+ series, in my opinion, do a better job of having designs that are more instantly recognized as being related to the OT, perhaps because they are taking inspiration from original McQuarrie concept art as well. Despite the joke that half of Star Wars takes place on a desert planet, the consistency of style and details helps enable the series to be shared between the Original Trilogy fans, the Prequel fans, and the Sequel fans. I feel fortunate that I was able to take my son (at a similar age) to an opening night showing of a Star Wars film like my father before me.

Would you rather be a Jedi or a Sith?

A surprisingly tough question. I always loved the ships and costumes of the dark side, but as a kid, I always played like they were good guys. As a kid, I loved the idea of the Jedi as taught by Yoda and Obi Wan, but as an adult, I was troubled with the Jedi Council. If only there were a group in the middle… not necessarily light or dark but, dare I say, Gray.